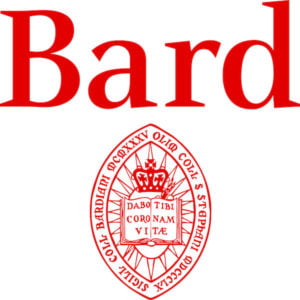 Bard College appears in our ranking of the 30 Best Colleges for Young Democrats.

Online via Moodle, the Bard MBA in Sustainability delivers a 60-credit, low-residency sequence in the Impact Finance or Circular Value Chain Management track with only 20 four-day Annandale retreats plus NYCLab consulting projects for clients like Siemens and Nasdaq. The Milton Avery Graduate School of the Arts grants a 60-credit MFA in Photography with intensive, eight-week seminars, such as Analogue Experimentation, and Woods Studio practice before the 10-month master’s project. Other opportunities include the BA in Theology, BA in Economics, BA in Mathematics, BA in Writing, BA in Anthropology, MA in Curatorial Studies, and MM in Choral Conducting.

On June 22, 2017, the Middle States Commission on Higher Education (MSCHE) Board of Trustees commended Bard College for participating in the Collaborative Implementation Project and reaffirmed the Level V accreditation through 2025-26 under its 14th president, Dr. Leon Botstein, who earned the Bruckner Society of America’s Kilenyi Medal of Honor. Based 191 miles down Interstate 87 in Philadelphia, this esteemed eight-territory Atlantic Coast Region accreditor is recognized by the U.S. Department of Education and New York State Office of Higher Education. In October 2017, the Master of Arts in Teaching was accredited by the Council for the Accreditation of Educator Preparation (CAEP) too.

Admission to Bard College is classified “moderately difficult” by Peterson’s because just 2,865 of the 4,922 Fall 2017 applicants were okayed for selective 58.2 percent acceptance. First-year Raptors must complete the New York State Regents high school diploma or out-of-state and GED equivalents. Four years of English and Mathematics are strongly preferred. Freshmen generally have As and Bs for an average 3.79 GPA. For 40 years, Bard has been test-optional to prioritize talents and passions over scores. That said, undergrads achieve a median 1330 SAT and 29 ACT mark. Eligible BA transfers must have at least 64 credits remaining and cumulative GPAs above 2.5. International students are responsible for verifying 7.0 IELTS and 100 TOEFL scores or better. The Graduate Center only seeks entrants with accredited bachelor’s degrees and minimum 3.0 GPAs. Grades of 3.3 and higher qualify for the GRE/GMAT Waiver. Hybrid MBA cohorts must fulfill two prerequisites for Introductory Economics and Accounting.

Bard College abides freshman deadlines of November 1st for Early Action and January 1st for Regular Decision. Bachelor of Arts transfers must apply before March 1st for Fall or November 1st for Spring enrollment. The Online MBA in Sustainability closes on May 15th each year. Bard Conservatory of Music cohorts must file by January 1st. The Master of Arts in Teaching has a March 15th deadline. The Center for Curatorial Studies only considers candidates until February 1st. Accordingly, submit the Bard or Common Application online for $50 ($65 if graduate). Have official transcripts mailed to PO Box 5000 in Annandale-on-Hudson, NY 12504. Other checklist items include the standardized tests, graded writing sample, two teacher recommendations, motivation statement, English proficiency proof, art portfolio, interview, and résumé or CV. Inquire further by contacting (845) 758-7472 or admission@bard.edu.

Search through four accredited divisions for 55+ degrees ranked 293rd overall by The Wall Street Journal on the Bard College website.