What Is a Government Contractor?

Not every government job is done by a government employee; increasingly, federal and state government hires a Government Contractor from the private sector. The reasoning is simple: there is a belief that private companies can do the work faster and better at a lower cost. In fact, Daniel Moynihan once said, “The single most exciting thing you encounter in government is competence, because it’s so rare.” So, what is involved in being a contractor for government jobs? 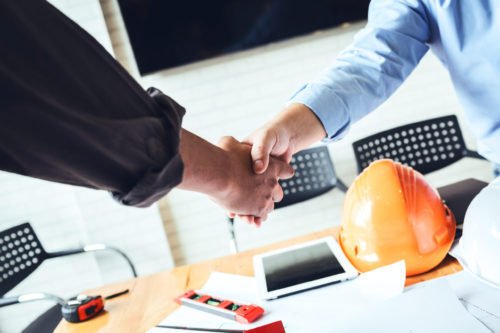 A study commissioned by New Jersey Governor Chris Christie found that privatization of certain state government jobs saved the state in excess of $210 million, according to the website LGI. West Virginia turned its Workers’ Compensation agency into a private insurance agency in 2005. Rates decreased by nearly 30 percent. In contrast, Texas turned to outsourcing for its data control and emergency retrieval. The state awarded a private company a seven-year contract worth about $863 million. The deal fell apart due to under-staffing and “sloppy service.” Since most private and public corporations rely on computer service, the down-time was disastrous.

The answer to this question seems to be that state and local governments can privatize agencies and contract individual jobs, but they have to maintain oversight. That means continually monitoring quality and cost. In addition, there must be an initial cost-effectiveness study that becomes a working plan. Why is the last part of that statement important? The answer to this is again, government boondoggle. In Colorado, for instance, a cost-effectiveness study was done for building a new veteran’s hospital. The facility was to be incorporated into an existing project at a probable cost of around $200 million. A contractor began construction but, after years of delay, the government had morphed the development into a stand-alone hospital with a rising cost of more than $800 million and the courts are considering allowing the contractor to walk away from the project. Oversight and cost-and-effectiveness studies are vital, but governments have to “stay the course” for contracting to prove effective and cost-saving.

Is it Effective From the Contractor’s Viewpoint?

That Colorado nightmare is not representative of all government privatization. Government contracts can be lucrative for private companies. The site Steady Job.com points out that the salary for government-hired workers is generally high. In fact, the average pay for a worker is $55,000 and can reach $90,000. Companies and workers can be sure they will be paid. Payment, however, can be slow in coming. It is also sometimes difficult to meet government qualifications for a job. There isn’t a lot of job security in government contract jobs: once they are completed the contract is terminated but, if you do good work, there is a high probability of repeat hire. The other downside for contract workers is that, since they are not actually government employees, they do not have the same benefit package.

Government is growing and increased complexity often results in areas of overlapping duties and indecision. The trend toward privatization makes sense. The Government Contractor is likely to be in demand for some time to come.