What are five advantages of Roman Catholic colleges? Most people have a hard time answering this question, considering that while these schools are Catholic-focused, even Muslims from abroad are thriving in the colleges. So what makes them different and a great choice for any student? Read on to learn more. 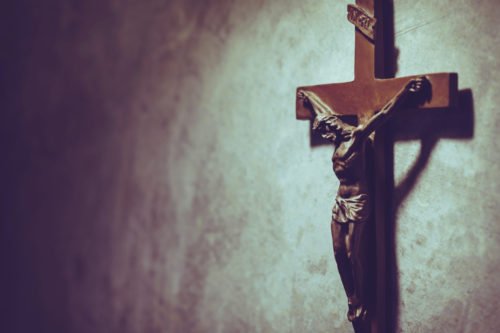 Roman Catholic churches and monasteries have a long and storied tradition when it comes to education; in fact, some of the oldest universities in Europe were founded by Roman Catholic priests and nuns. The tradition of education has meant that newer universities, including several found in the United States, have their foundation in teaching religion and science side-by-side. Many of these colleges also continue to teach the Great Books, which make up the foundation of Western Europe literature and is a great core curriculum for any student, regardless of religion.

Schools that teach in the Roman Catholic tradition are noted for having high moral standards that never waver. These colleges and universities believe that imbuing their students with these standards, which are put forth by the Church, will prepare them for adulthood and also ensure that they are living their lives for the betterment of humanity and not just themselves. These moral standards, which come in the form of a lifestyle contract with the school, is also thought to ensure that students are more successful at school, leading them to finish their degree on time.

The Roman Catholic Church believes that volunteering and missionary work is central to a life that is dedicated to serving others. As such, one of the biggest advantages to going to a school steeped in Roman Catholic traditions is that volunteering work is not only encouraged, but mandatory in order to graduate from the school. This helps students remember that a life in service to others can lead to great things, is good in the eyes of God, and is also a great way for students to be a part of something bigger than themselves. Additionally, volunteer work can be put on a resume and showcases a student’s commitment to helping others.

One of the main advantages to attending a Roman Catholic college is the sense of community. Most of these colleges are small and intimate, with small student-to-teacher ratios and a variety of campus life programs. This is great for freshmen and transfer students who are transitioning from living at home to living on their own; the community will support the student, help them find new friends and feel more comfortable doing adult tasks, such as getting up on time, obtaining a job, and chores.

Not to be forgotten in a list of advantages of attending a Roman Catholic college is the idea of life skills. Students who attend these colleges will have access to a variety of programs, groups, and opportunities that teach them about building happy marriages, parenting skills, volunteering, interpersonal skills, and more. Not many colleges offer all of this for their students, but Roman Catholic schools do; they believe that it is their duty to teach their students how to be whole people prior to leaving college.

Students, regardless of their religious outlook, benefit from earning a degree from a Roman Catholic university. From the sense of community to obtaining life skills, these students are often better prepared for life than students from other colleges. While there are more than five advantages of Roman Catholic colleges, these are the top reasons why any student should think about attending one of these schools.