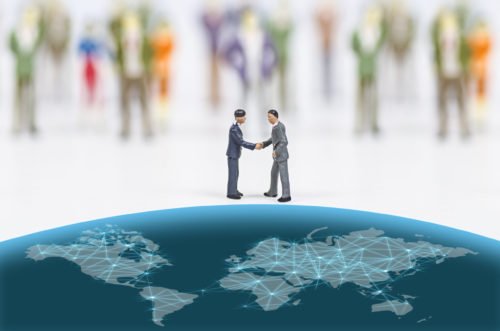 American Politics courses cover both the history and the present state of the American political system. Students will learn about the roles and the power held by the President of the United States, as well as the complete processes of Presidential election and other processes. They will learn about Congress and the Judicial System, the role of media and public opinion in American politics, and the importance of cultural diversity in politics. They will complete a deep dive into the various American political parties and the process of voting.

Public policy courses cover all of the laws and procedures in place to protect social rights and the public good. Topics include interest groups and public opinion, the higher education system, economic issues in industrially advanced nations, policy surrounding race and gender, and an investigation on current issues such as political response to the drug epidemic. Students will learn how to write and interpret policy, and they will gain an understanding of how policies are put in place and enforced. Forbes offers a guide to how people should be thinking about public policy proposals in today’s society.

Comparative politics courses look at political science courses through the lens of the comparative research method. The comparative method involves understanding by comparing and contrasting different nations’ approaches to addressing various political topics and issues. Comparative politics is a sequel to international relations courses. Topics of comparison include political campaigns and elections, economy, and democracy, bureaucracy, governance, justice, immigration, and political reform. The Journal of Comparative Politics offers students a collection of current research on this topic.

In order to fully understand, and learn how to apply, the knowledge gained in the above courses, students will also take courses in political theory, methodology, and research. They will learn about the current political science research methods and which theoretical backgrounds are most relevant today. Students will also gain experience conducting and presenting their own political science research. Many degree programs culminate in a large scale research project.

Political science graduates find their degrees to be assets in a wide variety of career paths. Any of these course topics can lay the foundation for future graduate study and career specialization. Courses such as these provide students with a deep understanding of our nation’s policies and procedures, a unique, global perspective, and a solid work ethic.