5 Implications of the College Bribery Scandal 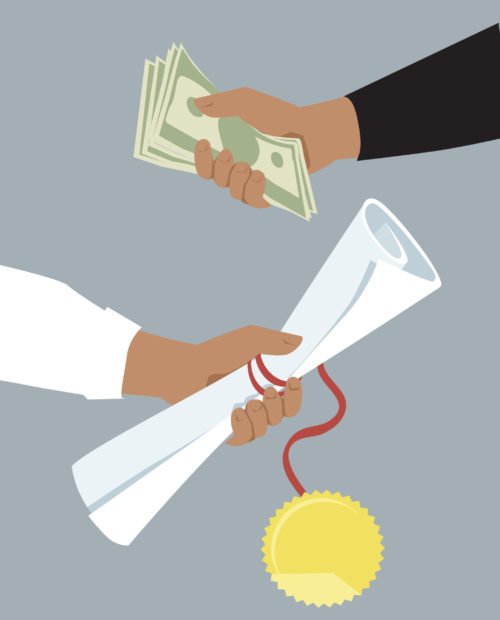 The Varsity Blues scandal refers to a college admissions scandal that surfaced in 2019 that involved celebrities and other rich and powerful people cheating the system to get their children into top skills. Those caught up in the scandal include two famous television actresses. As students file lawsuits and experts discuss the case, it’s clear that it will have serious implications in the future.

One major implication of this scandal is that it will affect the reputation that these schools have. Most of the colleges involved in the scandal rank within the top 500 of all schools in the nation. Many of those schools are also private and known for having strict admissions policies and standards. Some of the schools already have a bad reputation in the eyes and minds of prospective students, which will likely only grow worse in the future.

A major benefit associated with attending a big university is that it helps students make connections in the surrounding area. Those connections can lead to job offers and help them find internships while in college. Big cities have a high cost of living, though, and require that workers make more money to keep up with their peers. This scandal will likely cause students to think twice about pushing themselves to work hard in school because they assume that their wealthy classmates will get those jobs due to their parents’ connections.

According to Jorge Salcedo, a law professor at the University of California, Los Angeles (UCLA), this scandal may have an impact on the future of college sports. He points out the charges that some coaches face for providing students with fake scholarships. The nation already has a lack of female athletes, with some scholarships going unclaimed because there aren’t enough students to apply for those funds. Students may decide to stick with small schools and walk onto teams rather than risk attending a large school where they may not get a spot due to the rich and famous falsely claiming those spots.

A major implication of the Varsity Blues scandal is that it will make colleges lose money. Colleges and universities today receive funds from the state and federal governments through the loans and grants that incoming and returning students get. The schools also rely heavily on alumni donations. As the reputation of a school decreases, former students are less willing to donate money and have their names associated with that school.

The biggest overall implication that the college bribery scandal may have is a general lack of students. If a student hears that a college will give spots to any child of a rich parent who makes a big donation, that student is less likely to apply there. Though most colleges offer application fee waivers, they still make money off the students who pay to apply. As fewer students apply, those schools will have less money that they can use to pay for currently enrolled students.

As part of the bribery scandal, journalists discovered that parents paid money to have their kids take their standardized tests away from other students. There are also reports that the company at the top of the scandal graded tests improperly and had others take those exams. Some of the implications of the college bribery scandal will change the way prospective students and others think about these colleges and others.